Here’s an Easy Steps to Donate Robux in Roblox

Top 10 Games on Twitch with Most Viewers

Overwatch 2 Beta Will Begin on June 28

Discover how many people are playing Pokémon Go right now. On this page, you will learn Pokémon Go live player count or at least the estimated number of people playing this game. We will provide you an estimated graph of Pokémon Go player count month to month for the past 2 years.

What you see on the counter above is an estimate on Pokémon Go Live player count, we have compiled these numbers using the most recent data from various online sources. Pokémon Go live count player count is the number of players currently playing Pokémon Go.

You will notice that the counter is constantly changing its value when you do refresh this is because Pokémon Go players are starting and ending gaming sessions all at the same time.

Some of these game trackers are just estimated data and should not be used as a factual reference unless we define it as real data. We also have trackers that are from legitimate sources that you can consider real live data such as the data from steampowered.com. Make sure to read the description we provide on the Pokémon Go game.

Here’s a detailed table of Pokémon Go estimated monthly users. On the table, it is presented the max users of the game, gain/loss users, the percentage of gain and loss, and the max peak players on a given day.

Here’s an annual data report of Pokemon Go’s player spending. This means how much players are spending within the game. Provided by SensorTower

Here’s an annual data report of Pokemon Go’s annual revenue from 2017 – 2020. Apparently, Pokemon Go has earned more than $3 billion despite the COVID-19 Pandemic. This is one of the highest-rated games of all time breaking records.

Where can you play Pokémon Go or the available platforms that you can play this game with?

Total Pokémon Go estimated concurrent players across all platforms such as PS3, PS4, PS5, Xbox, Wii, Nintendo Switch, Windows, Mac, Android, and iOS. [?] See below on which platform you can play this game.

Pokémon Go is arguably the most popular AR (Augmented Reality) game for mobile ever created. AR uses computer-generated visuals or information that enhance real-world surroundings/objects to create an interactive experience between the virtual and physical world. You can consider it an RPG of sorts, but it’s the AR element that really defines the game-play. Niantic, Inc. developed the game back in 2016. And they published it along with The Pokémon Company and gaming giants, Nintendo. 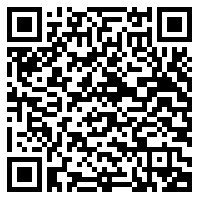 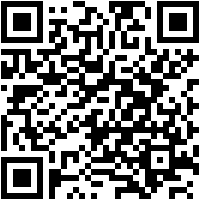 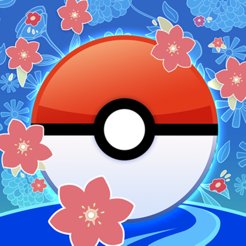 Pokemon Go runs on both Android (2GB RAM) and iOS and relies on mobile internet connectivity, especially your GPS, to function. It’s about 100MB on Android and around 330MB on iOS. So, download time should take several minutes depending on our connection.

The game runs by using your device’s GPS to locate and capture virtual creatures (Pokemon). The Pokemon and other game elements appear virtually on your screen along with the real-world surroundings as the backdrop.

You have to move/walk to real locations that appear as Pokestops on your app. You get both usable items and Pokemon that may appear at these locations. Once encountered, you can fling the virtual Pokeball to capture and add the Pokemon to your collection. Another virtual element is the ‘Gym.’ It’s where you can train and level up your Pokemon and engage in defense of Gym Raids.

Pokemon Go was primarily a single-player mobile game. However, the developers later added a raiding system where you can team-up with other players for ‘Gym raids.’ By early 2020, Niantic added a system that allowed battling it out online with other players around the world.

The main in-game goal is to capture as many Pokemon as possible, evolve them, and level up as you progress. But the integration of AR has allowed this game to achieve much more. Fans of the game have formed communities that enjoy the adventure, exploring nature, and physical exercise that you get along the way.

V Rising Live Player Count: Find out how many players are concurrently playing V Rising right now. On this page...

Now that the PS5 Game Console has just been released, it should be time for us to expect more games...

How Many People Play Roblox in A Day